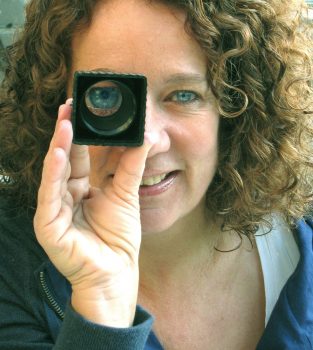 Olga Malea (b.1960) is one of the most well-known Greek directors with six very successful features on her back and a couple of equally successful TV series. VARIETY magazine characterized her as “one of Europe’s boldest filmmakers,” and regularly included her in its shortlists about European cinema, as in "Ten European Directors to Watch" (2000), "Europe Now: The Critics’ Choice" (2001), "Ten European Mavericks" (2003), and several others. In 2014, a PhD thesis at Reading University (Oxford, UK) was published on her movies, titled “Women’s Popular Cinema in Greece: the case of Olga Malea,” by Tonia Kazakopoulou de Senna. Olga is currently developing: THE MAKING OF MARIA (TV series, period drama, in development) about the transformation of young Maria Callas from an ugly duckling to a diva which took place in Athens, Greece during the 2nd World War. Seven episodes each seen from the point of view of a character who claims to have made Maria. DIRTY GIRLS (feature, comedy/drama, in development) about two 59-year old  professional women robing a bank in order to be able to change their lives. ZORBINA (feature, comedy/drama, 2016) the story of a female Zorba and two women's friendship set in Ikaria, a wild Greek island.Olga Malea turned into movie making, after earning a PhD in Psychology at Yale. She has written and directed six features, mostly comedies with interesting women protagonists. They all became big box office hits in Greece: THE COW’S ORGASM (1997), THE MATING GAME (1999), RISOTTO (2000), HONEY AND THE PIG (2005) and LITTLE GREEK GODFATHER (2007). Her features have also screened at International Film Festivals such as these of Karlovy Vary, San Francisco, Santa Barbara, Seattle, New York, Sao Paolo, Torino, Rome, Cairo, London, and several others. Her last feature MARJORAM (2013) is a drama about a tormented mother-daughter relationship which got extensive TV distribution all over the world. She has also directed two very successful TV series, titled LITSA.COM (2008) and DREAMCATCHER (2011), which attracted more than 25% of the audience share and run for two seasons each (40 episodes) at ANTENNA TV, one of the major TV channels in Greece.