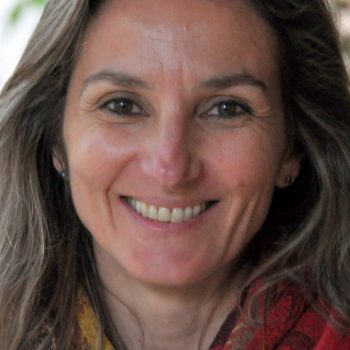 Marianna Economou is a documentary filmmaker, based in Athens, Greece. Her latest documentary ‘The Longest Run” 2015 was awarded at Dok Leipzig & Kastellorizo Doc Fest, selected for the European Film Academy Awards, nominated for the Greek Academy Awards and received special mention at Docfest and Aegean docs. It has been screened in more than 20 international festivals and broadcasted in ARTE, Al Jazeera, ERT, UR. Marianna has been directing documentaries with a focus on human stories and social issues (migration, poverty, education, disability, environment, family, religion... ) since 2000. She has directed documentary series for the Greek television (ERT) and independent films either of Greek production or co production with European broadcasters such as BBC, ARTE, YLE. Her films have been screened in various international festivals and many have been awarded (‘The school’, ‘My place in the dance’, ‘Please listen to me’, ‘Bells, Threads and Miracles’, ‘Twelve Neighbours’, ‘Food for Love’, ‘The Longest Run’). She is currently working on her new film ‘The seed of Columbus’, a story about an agrarian community in central Greece. She is a founding member of DOC3 productions. She studied Anthropology at UCL, Photojournalism at LCP and Film production at South Thames College, in London.