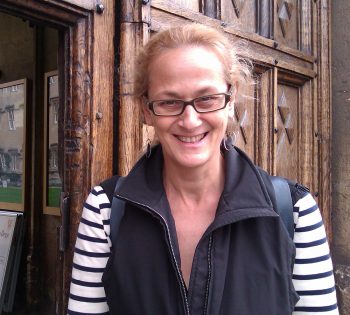 Maria Douza studied Byzantine History in Athens and Film Direction at the National Film and Television School of England. Since 1998 she has been working in Greece. She has directed lots of Commercials and Social Awareness Spots (including the awarded Government Commercials for the Euro-Elections and the General Elections in Greece), Documentaries (social, ethnographic, cultural) like Family Feast, The Agas Trial, In The Writer’s Workshop, and recently, The Thission of Athens - a 52’.00’’ drama-documentary about open air ‘Thission Cinema’, for French Canal+ series ‘Mythical Cinemas’ (co-produced by Kolam, France and Steficon, Greece). In 2012 Maria wrote and directed her first feature The Tree and The Swing, with Mirjanna Karanovic and Myrto Alikaki in the leading roles. The film renamed A Place Called Home had its World Premiere in Montreal subsequently shown to lots of festivals around the world. (Astron Best Feature Film Award, San Francisco Greek Film Festival, Best Feature and Best Screenplay Awards, Cyprus International FF, Best of European Union Film Festival Award, Toronto European FF). Released in Greece 2014 by StraDa Films the film is represented internationally by EastWest Filmdistribution Gmbh. [http://www.eastwestdistribution.com/film/a_place_called_home/]. Next, Maria will direct A Bag of Hair (MFI 2015), a film is about isolation and the need to belong, inspired by a novel by Pantelis Kaliotsos. Supported by Media the project is considered for co-production by a French company. From 2008 to 2010, Maria worked as film consultant on European Research project ANSWER developing a notation system for the film language (Director Notation). In 2010, she designed and founded www.europeanscripts.net, an internet platform for presentation and promotion of screenplays in Europe.