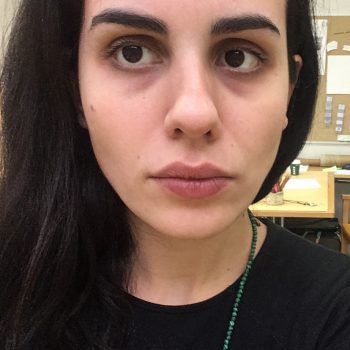 Danai Anagnostou is an art director & independent researcher (b.Athens, 1993). She is a graduate of Hellenic Film & Television School Stavrakros and has an MA from Vakalo College of Art & Design. She is currently enrolled in an MA programme in Visual Cultures, Curating & Contemporary Art, living in Helsinki and working as a teaching assistant in Aalto University. Danai is dreaming of facilitating an intersectional feminist, anti-racist and public education programme for young professionals.