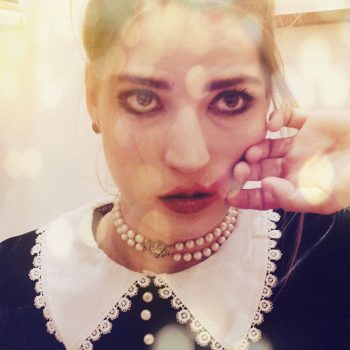 Irida Baglanea is an award-winning theatre actress who has won the Grand Prix Europa 2015, with AndComany&Co for the performance Orpheus in der Oberwelt. She is specialized and adores playing Political Theatre, expressing political views in a way that political issues are communicated to the public through theatre art. She is a film and theatre actress and performer. She has performed in major EU International Festivals and theatres, such as in HAU Hebbel am Uffer (Berlin), Mousonturm (Frankfurt), Forum Freis Theater (Düsseldorf), Hippodrome (Douai, France), Steirischerherbst (Gratz, Austria), Belluard Bollwerk International (Fribourg, Switzerland) As a film actress she has participated in numerous films and commercials, notable films include, “Antika”(2016, by Angelos Abazoglou); “In the middle of the Wheel” (2016, by Orfeas Peretzis); “The Symptom” (2015, by Angelos Frantzis); “Ουζερί Τσιτσάνης” (2015, by Manoussos Manoussakis); short films include “Pink” (2016, by Memi Koupa); “The National Garden” (2016, by Syni Pappa); “Whack” (2015 International Premier at Clermond Ferrand, by Syni Pappa); “Quantum” (2015 - International Premier at Zinebi Film Festival, by Orfeas Peretzis). Also, recognizing the therapeutic aspect of theatre indulged her knowledge of Drama Therapy, Psycho Drama and Physical Theatre in Berlin. She does volunteer work with mentally challenged patients working towards a better understanding of their needs and how to communicate them. Currently, she is working on a senior drama-therapy project with Ieronymos Boss foundation. Also assists in the organization of a visual semantic performance for Documenta ’14 between Athens and Kassel. She lives between Athens and Berlin working as an actress / therapist.