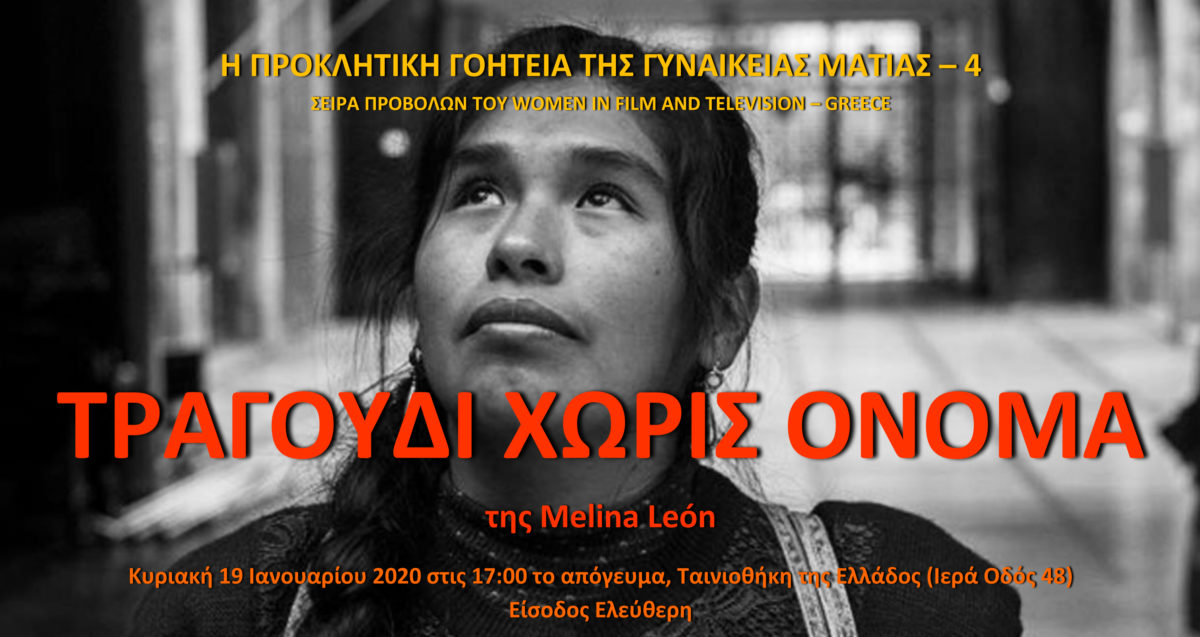 THE PROVOCATIVE CHARM OF WOMEN’S GAZE series of screenings organized by WIFT GR continues for a second consecutive year. On Sunday January 19, 2020, at 5 pm, we will screen the Peruvian movie SONG WITHOUT A NAME by Melina Leon, which has screened at Cannes Film Festival and won several awards. First screening in Athens. Free admission.

After her newborn daughter is taken away from her in a fake health clinic, Georgina –a young indigenous woman from the Andes– is driven to the desperate search of her offspring. Her only ally, a reserved reporter, who takes on a painstaking fight for justice, attempting to shed light upon this obscure case.

A striking true story of baby trafficking on the 1980s in Peru. The haunting struggle of two kindred spirits in a country politically hostile to minorities, depicted in an atmospheric black-and-white cinematography.

It’s worth mentioning that, in reality, the reporter who exposed the trafficking network is none other than the director’s father.